How our ingredients work for you, and the evidence to support the claims

CDP Choline (citicoline) is mostly known to improve memory, however, an improved memory is only part of the picture; it can also heighten focus, increase mental energy, and provide better clarity of thought.

For nootropic users, one of the most interesting aspects of supplementing with CDP Choline (Citicoline) is its ability to amplify and enhance the effects of other nootropic supplements. This is why CogNoo has included safe doses of CDP Choline as a ‘max strength nootropic’ in our stack to effectively work hand in hand with our other powerful nootropic ingredients.

Check out this extensive overview on CDP Choline at Nootriment which includes references to the above mentioned scientific studies.

Unlike the potentially addictive and forceful action of widely used psychostimulants, chronic and moderate administration of Bacopa Monnieri appears to nourish rather than deplete neurons, an action compatible with 1400 years of Ayurvedic study. Bacopa Monnieri was initially described around the 6th century A.D. in texts such as the Charaka Samhita, Athar-Ved, and Susrutu Samhita as a medhyarasayana–class herb taken to sharpen intellect and attenuate mental deficits. The herb was allegedly used by ancient Vedic scholars to memorize lengthy sacred hymns and scriptures.

One study on 'The cognitive enhancing effects of Bacopa Monnieri' in the journal of alternative and complimentary medicine concluded that, 'There is some evidence to suggest that Bacopa enhances memory free recall in non demented subjects, and thus Bacopa could potentially be clinically prescibed as a memory enhancer'.

find the full study and other citations at researchnet.

About a dozen studies have been carried out on the cognitive effects of lions mane mushrooms, one such study indicated: ’In a controlled trial, the subjects of the Lions Mane Mushroom group took four 250 mg tablets containing 96 percent of Lions Mane Mushroom dry powder three times a day for 16 weeks. After termination of the intake, the subjects were observed for the next four weeks. At weeks eight, 12 and 16 of the trial, the Lions Mane Mushroom group showed significantly increased scores on the cognitive function scale compared with the placebo group. The Yamabushitake group’s scores increased with the duration of intake.’

Check out this article from the Huffington Post detailing the multitude of benefits in taking Lions Mane Mushroom.

L-theanine is known to relax individuals in a prolonging manor throughout the day whilst helping you sleep without making you feel tired.

Under stress, the body increases production of certain hormones, including cortisol and corticosterone. These hormone changes inhibit some brain activity, including memory formation and spatial learning. L-theanine helps to lower levels of the stress hormone corticosterone, and avoid the interference with memory and learning.

L-theanine may help boost other cognitive skills. Research shows L-theanine can increase attention span and reaction time in people who are prone to anxiety. It may help improve accuracy—one study shows that taking L-theanine reduced the number of errors made in a test of attention.

Check out this Link from Psychology today which provides details and sources on research carried out on the positive effects of L-Theanine.

Phosphatidylserine has many positive benefits in regards to your wellbeing and even better with CogNoo is that ours is taken from sunflower lecithin, rather than the majority of products taking theirs from soy. One of these benefits is how it significantly affects the levels of neurotransmitters in the brain related to mood, and research has shown it can decrease the severity of depression. In one preliminary trial, elderly women suffering from depression who were given 300 milligrams of PS every day for 30 days experienced an average 70 percent reduction in the severity of their depression.

Tyrosine supplements are known for increasing short term mental alertness and memory under stressful situations, they are proven to improve mental function and memory, as well as relieve fatigue, in sleep-deprived persons, according to the Swedish Medical Center. The Center cites a study with 20 U.S. Marines who were deprived of sleep for one night and then checked for alertness throughout the following day. Supplements of 10 to 15 g of tyrosine appeared to increase alertness for about two hours.

Myo Inositol is known for reducing anxiety and improving fertility (in women). In a double blind clinical study, results showed that taking 12g of inositol daily for a period of 4 weeks is associated with reductions in symptoms of panic disorder and anxiety, particularly a reduction in agoraphobia.

Find out more on the studies here

Pine bark extracts nootropic benefits are that it increases cerebral blood flow in the brain and also improves overall cognition. In one such study, 60 participants aged 35-55 volunteered to work with researchers. Diet, alcohol and lifestyle patterns, including exercise, were controlled. Half the group received 50 mg of Pycnogenol 3-times per day for 12 weeks. The other half simply followed a healthy lifestyle.

After 12 weeks of pine bark extract supplementation, results showed a 16% increase in mood, an 8.9% increase in mental performance, 13.4% increase in sustained attention, and a 30% decrease in oxidative stress. A 13% increase in attention span may not seem like a lot. But the National Center for Biotechnology Information reported that the average American’s attention span has reduced from 12 seconds to 8 seconds.

Find out more information on Pine bark extracts and these studies at nootropicsexpert.

CogNoo contains a small amount of Cinnamon bark extract which has great antioxidant and potential cognitive benefits. There are still studies being carried out on the cognitive benefits but signs are promising, see this snippet from psychology today: ‘The sodium benzoate produced in the body after eating cinnamon induces significant increases in the levels of a variety of chemicals in the brain called neurotrophic factors. These factors stimulate the birth of new neurons in the brain and encourage the survival of existing neurons.  These two processes are critical for the maintenance of a healthy brain. During the past decade many scientific studies have discovered that these neurotrophic factors can prevent, or greatly slow the progression of, a variety of degenerative diseases of the brain, including Alzheimer’s and Parkinson’s disease’. Read more here.

Many people are deficient in these essential B vitamins. Unlike some of our other nootropic ingredients that improve cognition, B vitamins are there to protect you from cognitive decline working as a prevention rather than a cure, this being said, taking the correct dosages of B vitamins can significantly aide in overall mood management. Including these B vitamins in our product backs our values in regards to CogNoo contributing to long term brain health as well as short term cognitive enhancement.

Everydayhealth provides you with a more comprehensive overview on these important B vitamins.

Buying options & packages
Sorry, we are temporarily out of stock 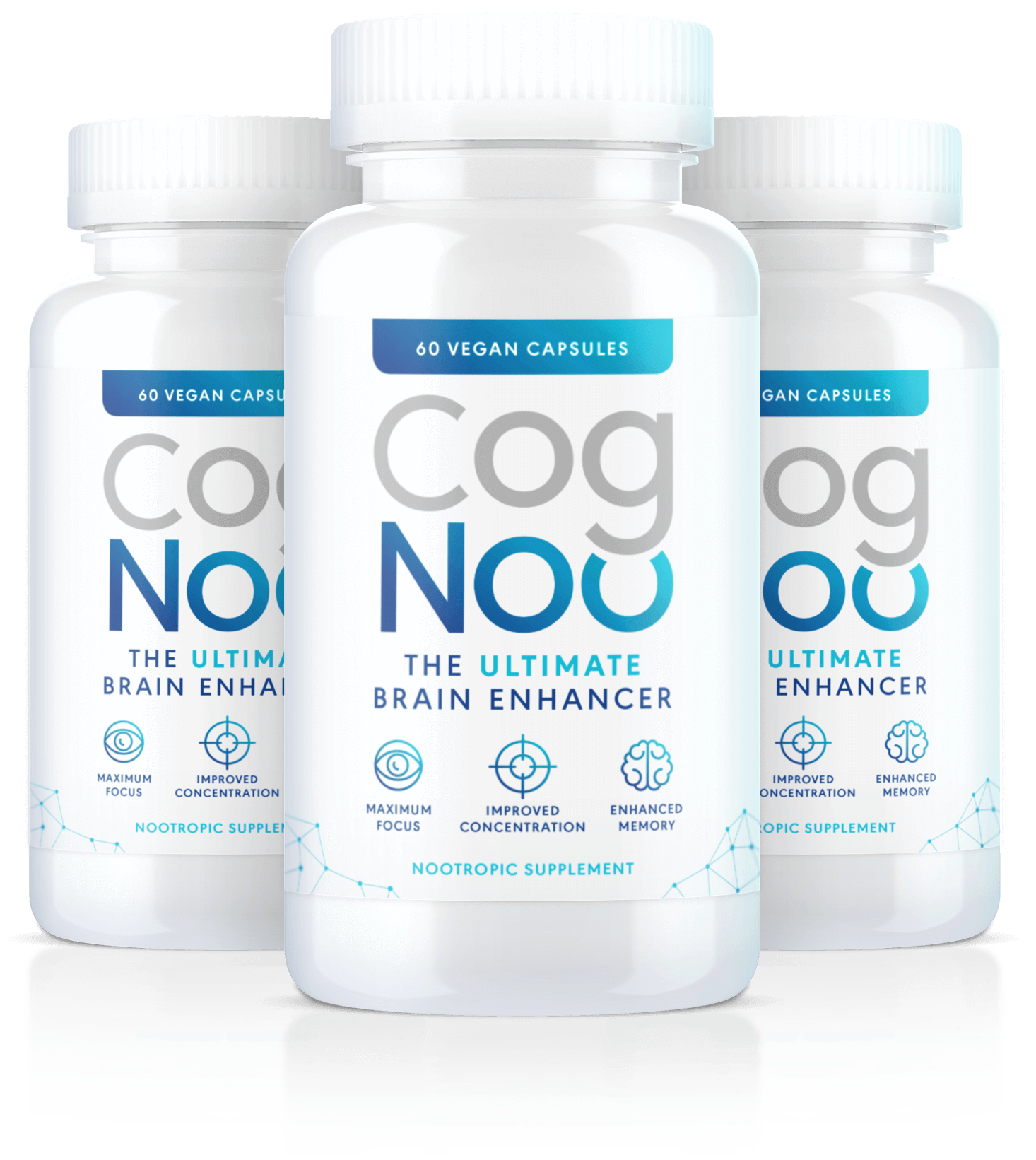 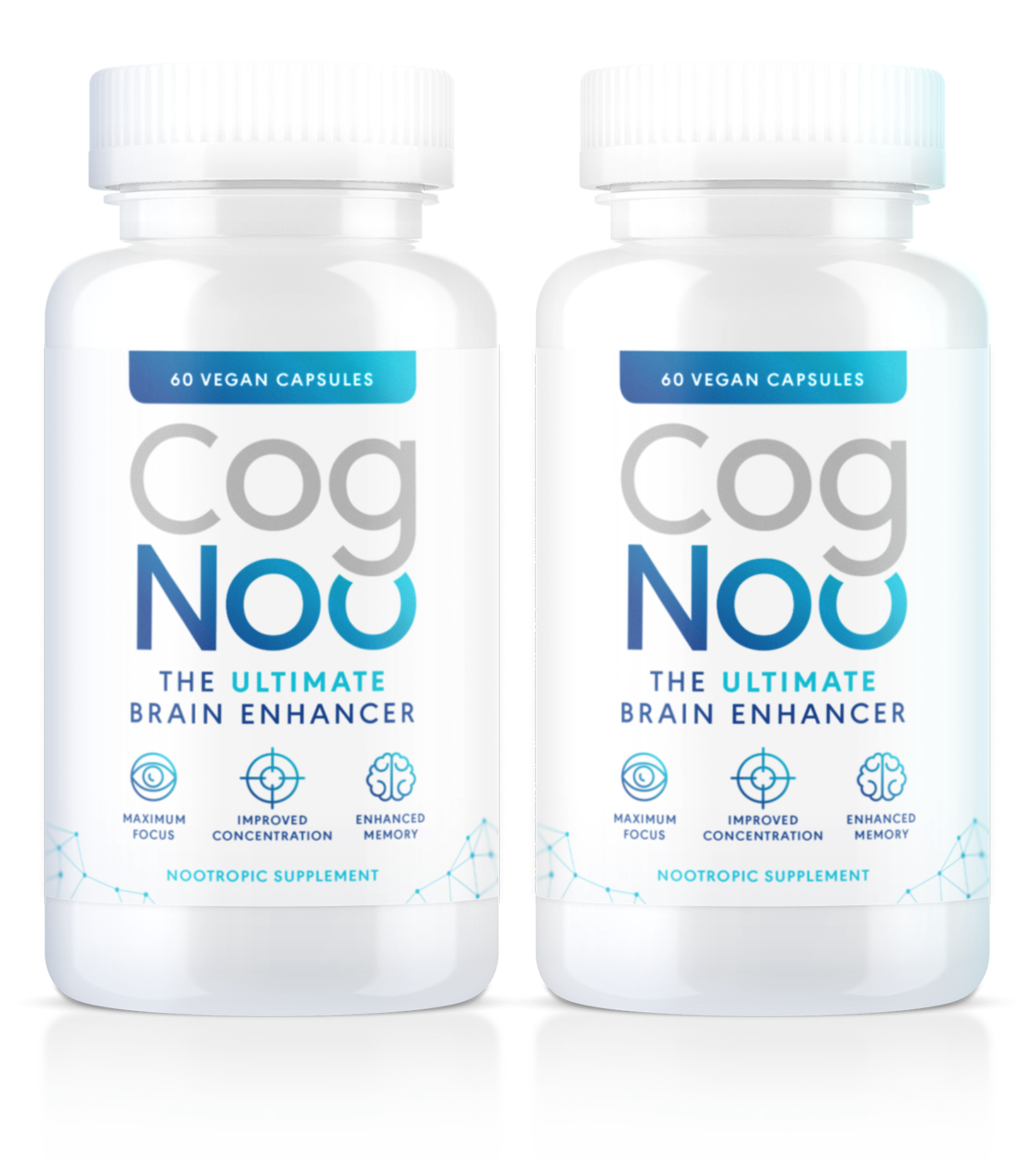 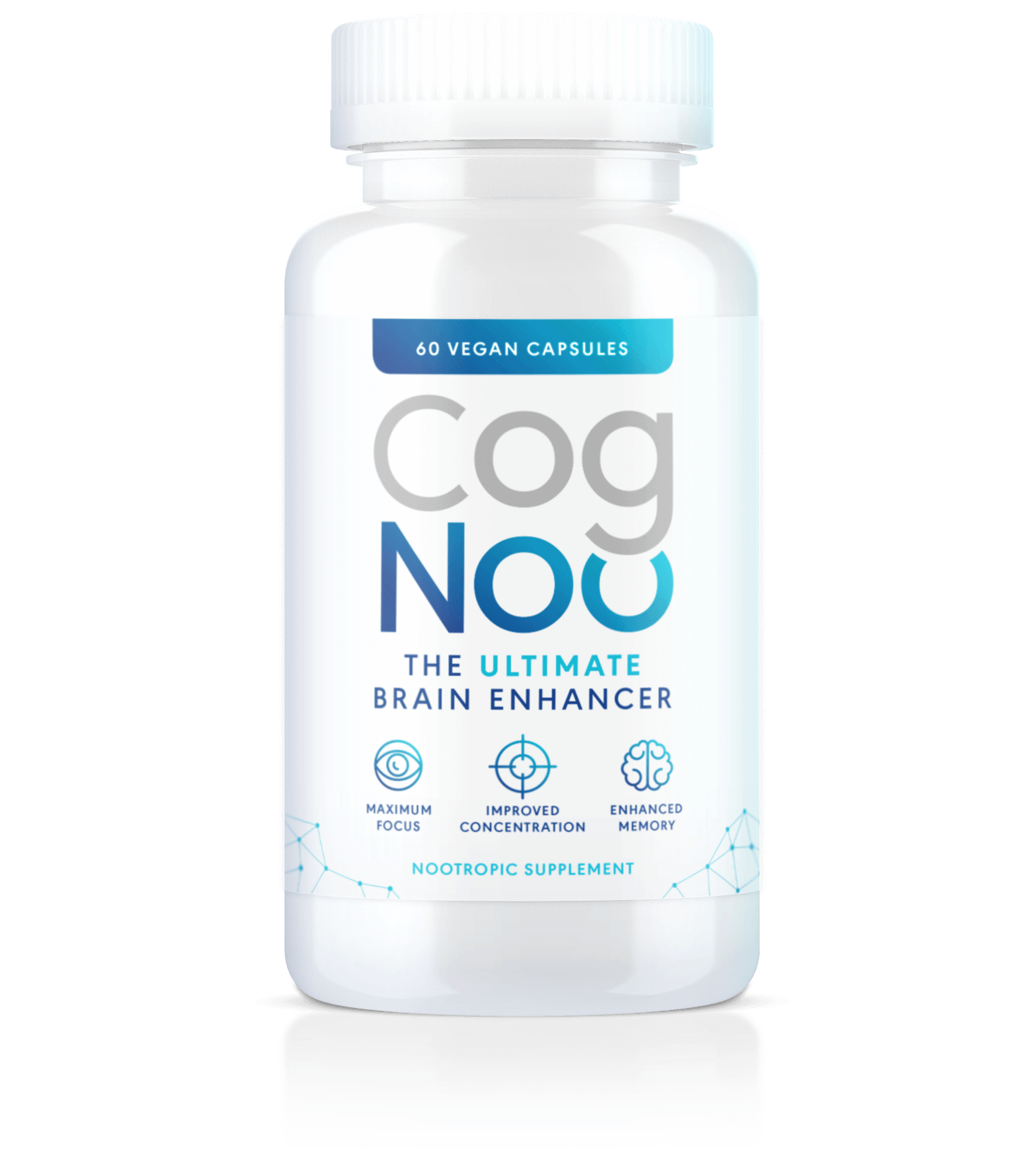